Marx, Hegel, the Labour Theory of Value and Human Desire 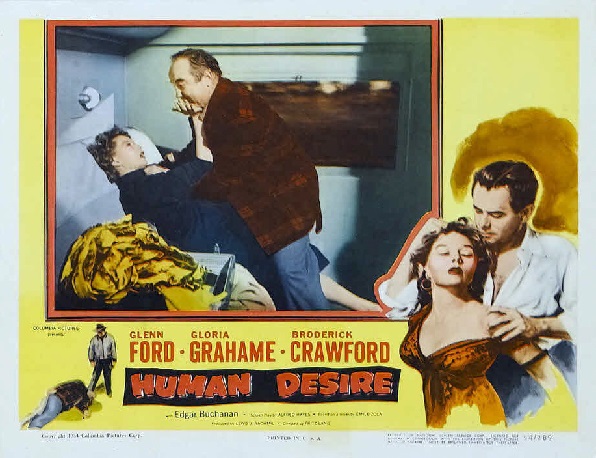 Hour-long, by hour, may we two stand
When we’re dead, between these lands
The sun set behind his eyes
And Joe said, “Is this desire?”

I’ll be honest: I hate discussing Marx, dialectical materialism and the Labour Theory of Value (hereafter: LTV). Why? Because it’s like discussing monetary theory with a hyperinflation obsessed Austrian; they don’t have enough grounding to have a discussion as they’ve only really read their side of the debate. Even those Marxists that have read Hegel come away with an understanding that is so deeply biased by Marx’s perversions of dialectical philosophy that they don’t get what poor uncle Hegel is saying at all.

Anyway, with all that in mind I’m going to here quickly lay out why the LTV requires Marx’s materialist dialectic to function philosophically. In order to understand this we must first understand how “value” functions in Hegel.

For Hegel value is an inter-subjective phenomenon that arises out of a desire for recognition by the Other. The great French Hegelian Alexandre Kojève was the one who put this most succinctly. In an excellent essay on Kojève entitled A Problem of Recognition Michael Roth summarises the answer to the question as such:

Kojeve begins with the question, “What is Hegelian man?” and answers it by explicating the structure of human desire, in contradistinction to the needs or demands of the animal. Human desire is the desire for recognition (reconnaissance), which, according to Kojeve’s Hegel, alone can lead to self-consciousness. Human desire, properly so-called, has as its object another desire and not another thing.” Thus, it is an animal desire which draws one to the body of another, but a human desire which is expressed as the wish to be desired, loved or-most generally for Kojeve-recognized by another. The essential mark of human desire is that it does not consume its object. The satisfaction of a human desire is thereby creative, since its object is empty. Desire, Kojeve says (following Hegel) is the presence of an absence. To make the same point somewhat differently: the satisfaction of human desire requires some form of mutuality (the loved one “returns” the love), or social recognition of an object’s value (a medal is given social value; the enemy fights to keep its flag). When satisfaction occurs, something new is introduced into the world (a useful object becomes beautiful; two individuals become a couple). For the satisfaction to endure, the desire qua object has to be preserved, albeit in an altered state. The simultaneous preservation and change (negation) marks the dialectic of human desire. The effort at satisfaction and conservation demands that this dialectic be linked with the development of self-consciousness. (Pp295-296, My Emphasis)

I highlight the above examples not because they are particularly important with regards to Roth’s excellent analysis but because they serve as a simple departure to discuss a properly dialectical analysis of value as against a crude Marxist so-called “dialectical materialist” analysis. As we can see, for Kojève and Hegel value is attributed to objects due to our desire for them. This desire, in turn, is inter-subjective. We desire to gain the medal or to capture the enemy flag because it will win recognition in the eyes of our peers. The medal and the flag are not valued for their objective properties, nor are they valued for the amount of labour embodied in them, rather they are desired for the symbolic positions they occupy in the inter-subjective network of desires.

By analysing desire dialectically — something Marx never managed to do — we see that a person’s desire is always already mediated through the desire of others — or Others, to use the more modern capitalised term. This is a similar take on human desire to that posited by Thorstein Veblen in his analysis of conspicuous and invidious consumption. It is also similar to James Duesenberry’s excellent contributions to Keynesian consumption theory.

Note that this is not marginalism. Marginalist theory is subjective but it is also atomistic. Actors in marginalist analysis have self-contained preferences; they do not have inter-subjective desires. Again to return to Roth, marginalist analysis is one that deals with animal desire; that is, desire prior to it being caught up in the inter-subjective abstract entity that we call “society”. Human desire is totally different. It is, in its very structure, interdependent; that is why, for example, people are more inclined to buy Nike runners when they see Michael Jordon wearing them. Marketers today are good Hegelians; not crude Marxists. It is to the latter that we now turn.

In the very first chapter of Das Kapital Marx lays out his analysis of the commodity. The form of the analysis is dialectical, but he never deals with the true object of dialectics: thought. Instead he deals with what he sees to be “material reality”. He shows that all commodities contain a variety of values — from use value to exchange value — but at the end of the day only one of them matters: labour value. That is, the amount of labour hours put into a commodity. This is ultimately, for Marx, what determines the value of a commodity. Marx writes:

How, then, is the magnitude of this value to be measured? Plainly, by the quantity of the value-creating substance, the labour, contained in the article. The quantity of labour, however, is measured by its duration, and labour time in its turn finds its standard in weeks, days, and hours.

This, for Marx, is how to properly understand value. And yet, as we can clearly see, it avoids the real dialectical analysis; namely, that of why humans actually attribute value to things. This is because Marx was a crude thinker who viewed people as objects and not subjects. He cared not for humans as fully realised conscious beings; he merely saw them as objects; masses of muscles and tissues that created commodities.

In this Marx was the same as the marginalists who, as I have pointed out elsewhere before, try to reduce people to a fixed bundle of preferences. Both analyses — which hold a cynical and rather dark vision of man — aim at reducing men to objects in the economic machine. Marx sees them as producers while the marginalists see them as consumers; but both see them objects determined largely by the economic machine surrounding them and not self-conscious subjects.

To deal with proper subjectivity is to deal with the complexity of human consciousness, human relationships and human desire. Marxists prefer to retreat behind a pseudo-scientific shield and instead interrogate Man as if he were an object. This is, in a very real way, the evil of Marxism. And it is what accounts for its cult-like qualities and its tendency to treat men as expendable objects whenever it gets the chance. The killing fields of Cambodia are not an anomaly; nor are the mass starvations in Ukraine; they both come directly out of a philosophy that treats men as it treats tractors and spades: as objects.

Philip Pilkington is a macroeconomist and investment professional. Writing about all things macro and investment. Views my own.You can follow him on Twitter at @philippilk.
View all posts by pilkingtonphil →
This entry was posted in Economic Theory, Philosophy, Psychology. Bookmark the permalink.

20 Responses to Marx, Hegel, the Labour Theory of Value and Human Desire