On the Two Departments of Monetary Macroeconomics

Posted on September 25, 2014 by pilkingtonphil 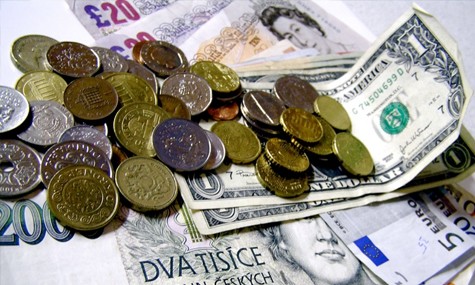 At the moment I am doing some research for a project that I might be working on soon. The project will be to provide a useable introduction to Post-Keynesian theory for those working in financial markets. Actually, I hope to write a book on this in the future, so this project is something that I have been interested in for a long time.

The more I studied Keynes’ own work and the work of some of his better interpreters the more I came to the same conclusion: Keynes was first and foremost a financial or monetary economist. I knew that others had also come to this conclusion — Hyman Minsky famously comes to mind — but I was not aware that a great deal of work had been done in this direction.

In actual fact, it has. HM Treasury economist Geoff Tily released a fabulous book in 2010 on just this topic entitled Keynes Betrayed. It is well worth a look. You can trace Tily’s work back to Minsky directly. Tily had his PhD supervised by Victoria Chick who was, of course, a student of Minsky himself.

My interpretation of Keynesian economics proper is very much so in line with these economists. I have always thought of myself as primarily a monetary/financial economist. Many find this ironic because — like Keynes and Minsky — I am very skeptical about using monetary policy as a tool to stimulate the economy. I believe that central banks should mainly be concerned with regulating financial markets and ensuring that they do their job while government must steer the economy on a continuous and ongoing basis. And yet, I would say that one of my main preoccupations is the interaction between central banks and financial markets; between the money creation process and interest rate formation. Why is this?

I think of proper monetary macroeconomics as having two departments, as it were. The first department we might call the ‘foundations’. The foundations are, broadly speaking, what are dealt with in the Keynesian framework that is (used to?) be taught in macro textbooks. That is: the savings/investment/national accounts identities; the multiplier relationship; the marginal propensity to consume; the marginal propensity to import; the accelerator effect and so on. In proper Post-Keynesian theory we also add to this a few things, namely: the distribution of income and thus differing marginal propensities to consume for different income groups; the production structure of real life firms that builds in excess capacity and so on.

I rarely deal with these issues on my blog. There is simply so much literature on these that they are not a focus of my attention. Also, I think these problems are basically solved in economics. The mainstream may have gone off into DSGE lalaland but the work is already done. If you want to study it you can find most of it laid out for you. Serious economists who are not fooled by the charlatanism that rules in economics departments can always track this work down and, indeed, you often find applied economists falling back on some of it in the real world.

The nonsense that has permeated academic economics may be pernicious but it is not due to the fact that there is nothing superior; rather it is a combination of social ideology and the desire on the part of certain people inclined toward insulated puzzle-solving to try to make their second-rate understanding of mathematics say something important about the real world. Basically, people who would never usually be given any modicum of responsibility in society being allowed to sit at the King’s banquet table; the King then uses them as a justification for whatever policy he is deciding to pursue on any given day. Because they tend to have no idea what they’re saying and thus no real confidence in any actual statements about the real world they make they are extremely labile and easy to manipulate.

When I did some straight economic journalism I prided myself on being able to get quotes from economists that said precisely what I wanted them to say by simply playing a few quotes from authority figures off these economists until I got the quote that I wanted. All the other journalists knew similar tricks but they tended to have a list of economists that they knew would give different cookie cutter responses; the journalist would then select the economist that best fitted the ‘mood’ of the news story being written. I tended to find that you could get better quotes by simply playing statements off a single economist until they said what you wanted them to say; often this was exactly the opposite of what they had said when you first engaged them! Perfect pawns on the chessboard of ideological persuasion. Anyway, enough digression…

A more peripheral, but important, aspect of the foundations are theories of the price-level. In standard neo-Keynesian theory this is represented by a Phillips Curve. Taken in its original form — that is, the notion that there is a trade-off between wages and inflation rather than unemployment and inflation — is a useful starting point. But then we have to loop this back in with Post-Keynesian distribution theory. After that, theories of the price-level must be considered part and parcel of the second department of proper monetary macroeconomics.

The second department of proper monetary macroeconomics is, as it were, the building. The building is the superstructure of the whole device. The foundations simply establish certain relationships. We might almost say that these relationships — like the multiplier — are almost simple identities. Once we plug in a variable the outcome is known. The building or superstructure seeks to explain how these variables are determined. Why is, for example, income distributed in this way? What is the relationship between the interest rate and investment? And so on.

Much of this is solved by simply examining the empirics. Is there a relationship between the interest rate and investment? Well, look it up. You’ll find that there is not a strong relationship at all. But when it comes to the determination of interest rates we cannot simply ‘look it up’. Nor can we simply ‘look up’ the effect that changes in central bank interest rates have on the financial markets. That requires theory and that is what I am most interested in. It is also what Keynes and Minsky were most interested in. This, to me, is where economics is both most challenging and most interesting. It is also, I think, where you can most embarrass the mainstream of the profession whose theories in this regard are simply ideology proper. If you ever want to see an academic economist properly melt down in conversation just start discussing the guts of the financial markets with them.

What is so interesting about the second department of monetary macroeconomics is that in order to understand it you have to appreciate both certain logical relationships and a certain amount of institutional psychology. The latter causes the former to constantly shift. So, you often find yourself chasing an ever-changing chameleon. But although the chameleon changes its colours it is still the same underlying animal at all times. Something similar can be said about the financial markets. Once you understand certain logical relationships — often quite difficult ones — you have the keys on hand. But you have to be able to apply these keys, as it were, to a door that moves and shifts around. It is not the easiest practice but then who ever gave up on a challenge?

The two key concepts in the second department of monetary macroeconomics are ‘animal spirits’ and ‘liquidity preference’ of which I think the latter is most important. I will stop here because in the next week or two I have a paper being published that shows exactly how an understanding of these two key concepts completely undermines the mainstream macroeconomic theory that is prevalent today.

Philip Pilkington is a macroeconomist and investment professional. Writing about all things macro and investment. Views my own.You can follow him on Twitter at @philippilk.
View all posts by pilkingtonphil →
This entry was posted in Economic Theory. Bookmark the permalink.

3 Responses to On the Two Departments of Monetary Macroeconomics