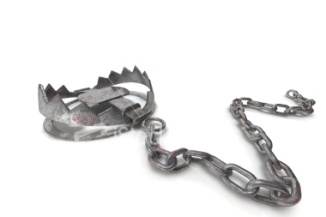 I have long complained that the likes of Paul Krugman have grossly misinterpreted the meaning of the term ‘liquidity trap’. These economists seem to think that we are currently in a liquidity trap despite the fact that yields on bonds are extremely low across the board.

I have also long insisted that this is not simply an issue of “what Keynes really said” (it rarely is with me, but there is little point in shouting at those without ears to hear). Rather this is an eminently practical issue: the Keynesian idea of a liquidity trap is an extremely useful one when examining financial markets. It allows us to discuss interest rate dynamics at a granular level — something mainstreamers (and even some Post-Keynesians) are unable to do in any consistent way.

People working in financial markets often have a far better intuitive sense of this than economists. Yesterday the head of macro credit research at RBS Alberto Gallo did us all a great favour by utilising the term ‘liquidity trap’ properly in a column in the Financial Times entitled ‘Unwary Yield Hunters at Risk of Liquidity Trap’. First of all he highlighted the very non-liquidity trap environment that we are currently in. He wrote:

During the past five years, credit markets have attracted less experienced investors who switched from low-yielding Treasury bonds and money market funds to investment-grade and high-yield debt.

That’s right: in the current environment interest rates on risky assets have fallen, not risen as they would in a liquidity trap. In the article he highlights that liquidity might flee the market if the Fed engages in tightening monetary policy. He correctly points out that this could lead to a liquidity trap as liquidity flees the market and yields on risky bonds get stuck or trapped at a higher level. He writes:

High-yield bonds have had a record run. With a cumulative return of more than 150 per cent since 2009, they have beaten stocks in three out of the past six years. But the market is now stumbling, and regulators have highlighted signs of frothiness… Yields are near record lows and liquidity in secondary markets is declining, making it harder to exit swiftly… Low liquidity can “trap” sellers, accelerating price falls. This makes credit markets vulnerable to an exit from loose policy. (My Emphasis)

You see? Gallo considers the ‘trap’ a situation in which the price of the bonds falls and thus the yields rise. Just to drive that home he finishes his excellent article thus:

Liquidity in secondary markets is evaporating, and policy makers are shifting their focus to credit markets… Yield hunters should consider selling or they could get caught by the credit liquidity trap.

I’m not even necessarily endorsing the views of Gallo on the state of the market — I’m not as confident as he seems to be that the Fed will reverse course on their monetary easing. But I am endorsing his intuitive and correct use of the term ‘liquidity trap’. Gallo understands that a liquidity trap is what occurs when money flees risky asset markets; the prices of these assets then declines and the yield rises. This is precisely what Keynes and Minsky meant by liquidity trap.

While Minsky and Keynes generally discussed the liquidity trap as a general phenomenon that occurred across markets when the demand for risky bonds dried up and everyone fled to money and money substitutes, Gallo is perfectly correct that we can apply this term to specific markets. I see no reason why we cannot talk about a liquidity trap in a specific market. To be wholly consistent the Fed would have to lose control over the rate of interest in this single market — and it is not altogether clear that this would be the case in Gallo’s scenario — but I think that Gallo, who intuitively senses that a liquidity trap occurs when money evacuates a market and yields spike, is at least on the right track.

Is Gallo the Talmudic Keynes scholar that some people insist I am, always using terms in the ‘correct’ manner due to some sense of duty or impulse for dogmatism? I doubt it. It is far more likely that he is an experienced and capable financial market analyst who has come to the conclusion that this is a useful term to describe a certain phenomenon. As I have argued in the past, however, the term as used by Krugman et al is not a useful term. Rather it is synonymous with ‘zero interest rates’ and seems to me to be only used to hide the fact that they are saying something banal under the cloak of a term familiar in neo-Keynesian economics.

Don’t expect the neo-Keynesians to understand this though. They are so clueless about financial markets it is amusing to the point of almost being embarrassing. I sent one of the well known neo-Keynesian bloggers the link to the last post on Twitter. His response? “Someone tell this guy that yields and interest rates are the same thing”. You can’t even make this stuff up. And this guy brags about teaching… financial economics. Excuse me while I rush for the escape hatch.

I am beginning to suspect that economists this lacking in financial diction probably can barely even read the financial press — and if they do try you can be sure that after the material has been swallowed without chewing, almost nothing is digested. Lord help us if they ever get in charge or gain influence by training policymakers… oh wait…

Philip Pilkington is a London-based economist and member of the Political Economy Research Group (PERG) at Kingston University. You can follow him on Twitter at @pilkingtonphil.
View all posts by pilkingtonphil →
This entry was posted in Economic Theory. Bookmark the permalink.