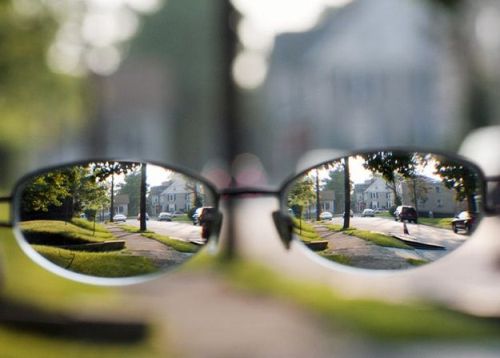 There is nothing so sad as to watch someone mistake a parody of his character for a complement. I suppose there are three ways to respond to people having fun on your behalf. The first, and most endearing, is to accept the joke for what it is and laugh along with it. The second, and rather less endearing, is to get very mad at the person making the joke. The third, and obviously the worst, is to think that the joker is actually praising the less than praiseworthy aspects of your character.

Murray Rothbard — a somewhat silly and all-round angry man — strikes me as someone who would often respond to parody in the vein of a certain méconnaissance, thereby reenforcing and doubling the original parody. Typical of this is Rothbard’s crowning achievement of Burkean scholarship ‘A Note on Burke’s Vindication of the Natural Society‘.

The short essay deals with the Irish conservative philosopher Edmund Burke’s essay ‘A Vindication of the Natural Society‘. In the essay Burke tries to show that the criticisms levied against the Church and against organised religion could easily be turned against any and all social institutions. He tries to show this by engaging in biting satire of the type that was the hallmark of Irish intellectuals of the day — a style that could also be found in Jonathan Swift and George Berkeley.

The object of his satirical irony is Lord Bolingbroke. Bolingbroke was an English statesman and writer. He had an enormous influence at the time but a perusal of his writings shows them to rather shallow and poorly strung together. They used a rhetorical strategy to debunk religion that is still popular today: basically, you chronicle all the evils of the world and then pin them on religion. Burke’s satirical genius was to use this same rhetorical strategy against the institution of government; something that Bolingbroke held quite dear. The idea here is to show up the vacuity of the rhetorical strategy by demonstrating that it could be applied to basically anything.

It is well-known that Burke’s essay was a satire. At the time some mistook it for being serious. But Burke quickly pointed out that it was a joke. Rothbard, however, thinks that Burke was just trying to cover up his true motivations. He writes:

A less conservative work could hardly be imagined; in fact, Burke’s Vindication was perhaps the first modern expression of rationalistic and individualistic anarchism…  Careful reading reveals hardly a trace of irony or satire. In fact , it is a very sober and earnest treatise, written in his characteristic style. (p1)

Of course, it is well-known that Burke’s essay is not “written in his characteristic style” at all. As I have already said, Burke mimics Bolingbroke’s style in the essay. Because Burke published pseudonymously many critics of the day actually thought that the work was by Bolingbroke. This was part of the joke. But this is completely lost on a man so blind to what he does not want to see as Rothbard.

So, why does Rothbard read it as being serious? Simply because he cannot see what more sophisticated readers can: namely, that Burke’s arguments are so obviously ridiculous. You see, Rothbard is a sort of self-parody. He makes extremely poor, emotionally-driven arguments of the sort that Burke parodies. He takes an institution — namely, the state — and then highlights all that is negative about it. He never tries to take a balanced view because such a view would undermine his extreme black and white worldview. Such a worldview is characterised by what psychologists call ‘splitting‘. That is, dividing the world up into purely good and purely evil entities and then spending one’s time attacking the evil entities and upholding the good. When Rothbard was confronted with a parody of this he simply could not deal with it. He is wholly unable to take an ironical view of himself because such psychological processes block out irony altogether.

So why is it that Burke’s parody was obviously ridiculous in his own time but today does not seem so ridiculous to some intellectuals? I think the answer to this is obvious: intellectuals today no longer hold the power in society that they held in the past. Men like Burke and Bolingbroke actually had to hold power. They had to engage in the day-to-day processes of government. Men like Rothbard, on the other hand, do not hold any responsibility at all. They thus display a sort of teenager-like immaturity. They wrap themselves in Utopian fantasies and hide themselves from the world.

While the more extreme variations of this tendency manifest in the anarcho-capitalism of Rothbard, less extreme variations can be found across the humanities today in various forms. Much of contemporary economics displays the same childish naivety, minus the Good-versus-Evil psychological splitting. Only in a few disciplines, such as Law, does academia remain directly tied to the real world. This is very sad and accounts, I think, for the stagnation of political society that we see today. Society cannot move forward because those that are supposed to generate new political ideas are disengaged from the political process. This is giving rise to somewhat worrying tendencies in, for example, Europe today.

Knowledge thus becomes a sort of simulation of knowledge. It unmoors itself from reality and floats off into the ether. The last time we saw something this extreme was probably in the Middle Ages when the Scholastics ran the academies. Then too the process gave rise to a sort of static society where nothing moved and nothing changed. Out of this comes pure power-grabs by those who can manage it. This, again, is what we see today; and this accounts for much of the income inequality and so forth. Faced with this radicals can read Rothbardian fantasies, while non-radicals can do problem sets on expected utility or some other such nonsense. Meanwhile the political situation in Europe deteriorates rapidly and everyone braces themselves for the political turmoil that will be unleashed when the financial system melts down once more.

Update: Someone has said that I should give an example of Burke’s essay that clearly shows his humorous intentions. Here is one of my favourites (again, note that Rothbard actually read this thinking it to be “sober and earnest”):

How far mere Nature would have carried us, we may judge by the Examples of those Animals, who still follow her Laws, and even of those to whom she has given Dispositions more fierce, and Arms more terrible than ever she intended we should use. It is an incontestable Truth, that there is more Havock made in one Year by Men, of Men, than has been made by all the Lions, Tygers, Panthers, Ounces, Leopards, Hyenas, Rhinoceroses, Elephants, Bears, and Wolves, upon their several Species, since the Beginning of the World; though these agree ill enough with each other, and have a much greater Proportion of Rage and Fury in their Composition than we have. But with respect to you, ye Legislators, ye Civilizers of Mankind! ye Orpheuses, Moseses, Minoses, Solons, Theseuses, Lycurguses, Numas! with Respect to you be it spoken, your Regulations have done more Mischief in cold Blood, than all the Rage of the fiercest Animals in their greatest Terrors, or Furies, have ever done, or ever could do!

Philip Pilkington is a London-based economist and member of the Political Economy Research Group (PERG) at Kingston University. You can follow him on Twitter at @pilkingtonphil.
View all posts by pilkingtonphil →
This entry was posted in Philosophy, Politics. Bookmark the permalink.