Probability and The Principle of Indifference in Applied Economic Reasoning

Posted on September 10, 2013 by pilkingtonphil 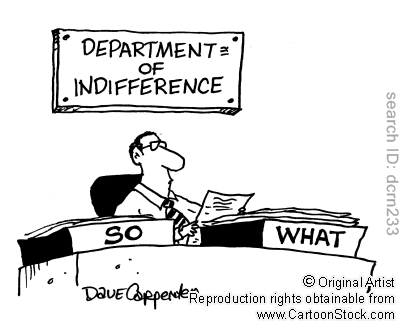 Carola Binder has brought my attention to a very commendable post she did regarding how people perceive their chances of being laid off. The results, from the point of view of the application of probability theory to economics, were very interesting. Here I quote Binder in full:

Prior to answering the question, survey takers are given this brief intro to help them understand probabilities: “Your answers can range from zero to one hundred, where zero means there is absolutely no chance, and one hundred means that it is absolutely certain. For example, when weather forecasters report the chance of rain, a number like 20 percent means ‘a small chance’, a number around 50 percent means ‘a pretty even chance,’ and a number like 80 percent means ‘a very good chance.'” Nonetheless, most people seem to have tremendous difficulty quantifying their probability of job loss. Over half of people choose 0% or 50% as their response.

People intuitively knew when asked this question that they had no idea how to calculate such a probability so many of them just shrugged their shoulders and gave it a 50/50 — this is not because they actually think that there is a 50/50 chance of being laid off but rather that they know they cannot come up with a numerical estimate of such a probability. Binder goes on to connect this with the Principle of Indifference which she lays out as follows:

The Principle of Insufficient Reason, or Principle of Indifference, says that “if we are ignorant of the ways an event can occur (and therefore have no reason to believe that one way will occur preferentially compared to another), the event will occur equally likely in any way.”

She goes on to note that Keynes, in his Treatise on Probability was highly critical of the principle of indifference. This is where I would like to say a few words and show that I think these to be in keeping with Keynes’ thoughts on the matter.

It is clear that the researchers in Binder’s example had a statistical bent. But by gearing their study in such a way they ended up coming up with evidence that should be treated, as Binder says, with “a large grain of salt”. I can imagine a journalist coming at the same problem from a non-statistical angle. A good journalist would have formulated a series of open-ended questions with which they could probe the people with whom they were discussing the issue. By doing so, not only would they bring out nuance, but they would also encourage the people they were surveying to actually think about their fear of being unemployed in more detail.

Indeed, they could have even given them a numerical, but non-probability based estimate of how much they feared losing their job — say, based on a scale of 1 to 10 — and asked them to chose a number for how they felt prior to the crisis and one for how they felt after the crisis. Such methods would have produced far better results than the use of probability estimates which only led, it would seem, to confusion and for people to fall back on the intuitive “safe place” of the Principle of Indifference.

I think that this is one of the things that made Keynes suspicious of the Principle of Indifference. In his Treatise on Probability he writes:

In short, the Principle of Indifference is not applicable to a pair of alternatives , if we know that either of them is capable of being further split up into a pair of possible but incompatible alternatives of the same form as the original pair. (p60)

This is precisely what we see in our example above. The manner in which people understand whether they might be laid off or not is not a clear cut X versus Not X — “laid off” versus “not laid off” — which can then be given probability estimate. Rather the question needs to be broken down further and, ultimately, is not properly approached using the framework of probability. I will leave the last word to Keynes on this who, it would seem, had a properly nuanced view of how we actually conceive of alternatives in the real world.

This rule commends itself to common sense. If we know that the two alternatives are compounded of a different number or of an indefinite number of sub-alternatives which are in other respects similar, so far as our evidence goes to the original alternatives, then this is a relevant fact of which we must take into account. And as it affects the two alterantives in differing and unsymmetrical ways, it breaks down the fundamental condition for the valid application of the Principle of Indifference… It is worthwhile to add that [this] qualification… is fatal to the practical utility of the Principle of Indifference in those cases only in which it is possible to find no ultimate alternatives that satisfy the conditions. For if the original alternatives each comprise a definite number of indivisible and indifferent sub-alternatives, we can compute their probabilities. It is often the case, however, that we cannot by any process of finite subdivision arrive at indivisible sub-alternatives, or that, if we can, they are not on the evidence indifferent. (p61-62 — My emphasis)

In such cases, which are the rule rather than the exception in economics, a different approach is needed and, if such an approach attempts to utilitise a numerical probability framework, will do so only in the most pretentious and misleading of ways.

Philip Pilkington is a macroeconomist and investment professional. Writing about all things macro and investment. Views my own.You can follow him on Twitter at @philippilk.
View all posts by pilkingtonphil →
This entry was posted in Uncategorized. Bookmark the permalink.