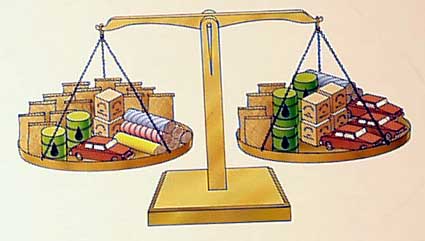 It is often the case that whole debates rest on a misunderstanding or lack of clarity over the definition of key terms. Take the ongoing debates between the group I label as the Kaldorians and the Modern Monetary Theorists (MMTers) over whether or not the Eurozone crisis is a balance-of-payments (BoP) crisis. A good example is a recent paper by Sergio Cesaratto. Cesaratto’s understanding of the debate is well summarised by the following quotation:

If one looks at the EMU through European lenses, one sees it as a collection of independent states with a currency in common and the crisis as a BoP crisis, albeit with some idiosyncrasies related to the monetary union. If one looks at the EMU through American lenses, one sees a flawed federal state with an irreversible commitment to the CU and the financial crisis appears due to the absence of adequate federal prevention and resolution mechanisms. If the EZ were a viable federal union, there would be no such crisis, the American argues. The disenchanted Euro-sceptic replies that the EZ is not a full federal union and is unlikely to evolve in that direction. Thus, the first perspective seems more realistic and the EZ crisis closer to a traditional BoP crisis. (Pp8)

From the perspective of this disenchanted European Euro-sceptic this whole debate rests on a poor definition of terms. You see, a BoP crisis has an alternative name: its called a “currency crisis”. The Wikipedia article is representative of this:

A BOP crisis, also called a currency crisis, occurs when a nation is unable to pay for essential imports and/or service its debt repayments.

You see, a BoP crisis requires that an entity has its own currency otherwise its not a BoP crisis. It is as simple as that. If this were not the case then we could interpret anything as a BoP crisis. The poverty in the neighborhood down the street? Oh, that’s a BoP crisis; their current account deficit is too large. The bankruptcy of Detroit? BoP crisis. And so on and so on.

In the literature a BoP crisis, as distinct from other crises, is distinguished by a rise in the current account deficit leading to pressure on a country’s currency. But if a country doesn’t have its own currency then this cannot happen. The situation is reflected in the fact that Irish and Spanish euros can still buy as many BMWs from Germany as they could before the crisis. While in a real BoP crisis this would not be the case; the BMWs would become more expensive.

So, why are good economists making such manifestly silly mistakes? Well, this goes back to the work of what I call the Kaldorians — who, by the way, are not reflective of the work of Nicholas Kaldor. The Kaldorians are obsessed with BoP crises; they see them everywhere and anywhere. Because their models are so focused on trade imbalances they forget the meaning of the term “BoP crisis” and interpret almost everything as a BoP crisis. When all you have is a hammer everything quickly starts to look like a nail.

Am I saying that trade imbalances in the Eurozone are unimportant? No. They are very important in that they have resulted in dangerous imbalances of effective demand. But that is not the same as saying that the Irish or Spanish crisis is a BoP crisis. So, let’s be categorical about this: a country without its own currency cannot suffer a currency/BoP crisis with its neighbors who share its currency. To say otherwise is to abuse the lexicon of economics and, frankly, to look a little silly.

Update: As always happens when you call people out on their misuse of words there has been some bickering. Here I will provide links that support my definition of a BoP crisis as requiring the entity undergoing said crises to possess its own currency. If people want to dispute this definition they must provide credible sources to the contrary. I think that they will quickly find that mine is the consensus view and their’s is the idiosyncratic view that seems to have grown out of the work of Thirlwall.

(1) Wikipedia article on currency crisis notes that it is the same as a BoP crisis.

(2) Wikipedia article on balance of payments crisis notes that it is the same as a currency crisis and involves an attack on a country’s currency.

(3) Economicshelp.org article states that current account deficit must be unsustainable which is not the case in a currency union.

(4) Financial Dictionary also states that the current account must be unsustainable.

(5) The IMF, while it distinguishes between a BoP crisis and a currency crisis, notes that a BoP crisis is one that “involves a shortage of reserves to cover balance of payments needs” which is clearly not the case in a monetary union.

I think that is enough evidence for now. I welcome commenters to provide credible sources to the contrary. And no, articles by Krugman and Martin Wolf that use the wrong definition are not sources. A source must actually lay out and justify the definition of the term.

Philip Pilkington is a macroeconomist and investment professional. Writing about all things macro and investment. Views my own.You can follow him on Twitter at @philippilk.
View all posts by pilkingtonphil →
This entry was posted in Economic Theory. Bookmark the permalink.

70 Responses to Can a Country Without a Currency Have a Currency Crisis?