Infinite Time: Why the Long-Run in Economics is Metaphysics 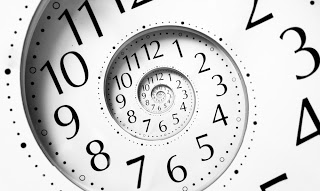 Vernengo then correctly points out that when economists actually designate periods of time — 3 months, 6 years and so on — to these periods they get into an awful mess. I totally agree. But I would go one further: the long-period is not just a thought experiment; in actuality is a metaphysical idea. Joan Robinson, who took the same position I think, used to in her later writings call it “the mysterious long-period”.

Not only does the long-period not exist and will never exist, but it is not even a real concept and any application of it to real historical time will always result in nonsensical statements. This is because historical time is non-ergodic and so as forces of adjustment move through time they cause changes that alter the course of the trajectory of the economy. In conclusion, talking about the long-period is really just a metaphysical thought experiment and the moment it can be seen to have any influence in a discussion of any real-world situation it can be known with confidence that the discussion has gone completely awry.

Philip Pilkington is a macroeconomist and investment professional. Writing about all things macro and investment. Views my own.You can follow him on Twitter at @philippilk.
View all posts by pilkingtonphil →
This entry was posted in Economic Theory, Philosophy. Bookmark the permalink.

2 Responses to Infinite Time: Why the Long-Run in Economics is Metaphysics